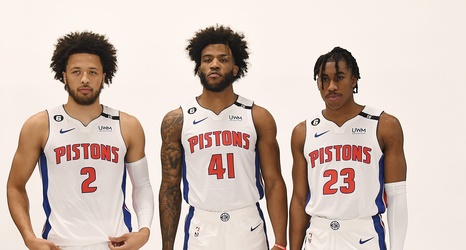 Pistons general manager Troy Weaver served as the facilitator of several moving pieces within the organization over the course of the offseason.

New toys are always flashy and interesting, but the old ones sometimes serve as the most reliable.

In the Pistons' case, their core group of Cade Cunningham, Saddiq Bey, Isaiah Stewart, Killian Hayes and Isaiah Livers are the foundational pieces of this rebuild as the franchise seeks to restore its winning ways.