Time runs out on Pistons in loss to Hornets 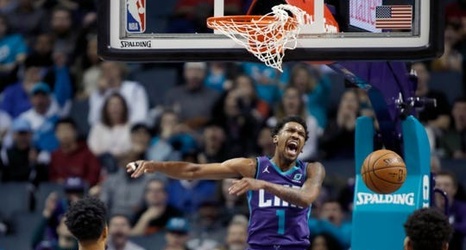 It seems like almost every Pistons game against the Charlotte Hornets is going to come down to the final seconds. On Nov. 15 it was a buzzer-beating 3-pointer by the Hornets’ Malik Monk giving Charlotte a victory.

On the same court at Spectrum Center on Wednesday night, the Pistons had a last-second shot — they just couldn’t beat the buzzer.

The Pistons were down by one and had the final possession.