Three Players The Detroit Pistons Could Draft at Pick No. 15 in the 2019 NBA Draft 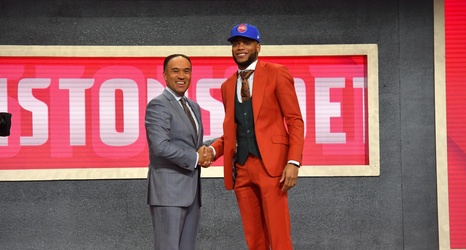 The Detroit Pistons are set to make their first-round pick at No. 15 in the 2019 NBA Draft on Thursday, June 20th. While there is always the possibility of using the pick for a trade, I think it is most likely that they will be keeping their selection.

The 15th pick should not be overlooked. Players such as Giannis Antetokounmpo, Kawhi Leonard and Steve Nash were drafted at pick No. 15 and turned out to be bonafide NBA superstars. The NBA Draft is filled with some sneaky talent that could possibly fall into the hands of the Detroit Pistons, so here are three players that the Pistons could possibly be taking with the 15th pick.