'The teal Pistons jersey is divisive? Who knew?': What they're saying about Detroit's new uniforms 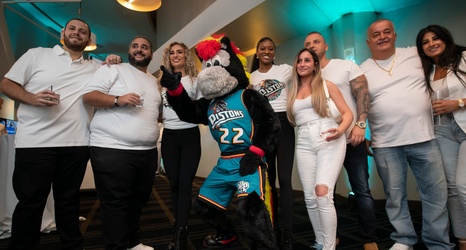 Detroit — A wave of nostalgia echoed across social media platforms Monday night when the Pistons revealed their latest Classic edition uniforms, paying homage to the teal era of the late '90's.

The franchise used No. 5 overall pick Jaden Ivey to promote its latest jersey option, causing some fans to go down memory lane and reflect on the days of when Grant Hill, Jerry Stackhouse and Joe Dumars — who was in the latter part of his career — wore the uniform.

The initial reviews of the jersey announcement were polarizing, with a swath of fans who loved the move; however, there was another group of fans who criticized the colorway and preferred the Pistons' traditional red, white and blue look.