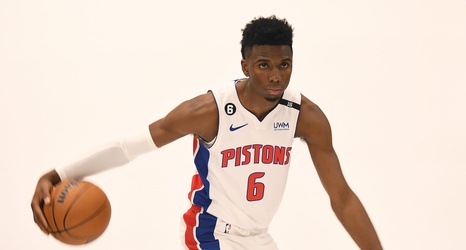 New York — Pistons guard Hamidou Diallo did not play during Tuesday's 117-96 loss due to a leg injury he suffered during practice this week.

"A little leg injury, a little contusion I had in practice," Diallo told The Detroit News after the game. "Nothing major, just maintenance. Making sure I'm ready to go when everything really gets started."

He participated in the Pistons' open scrimmage on Sunday.