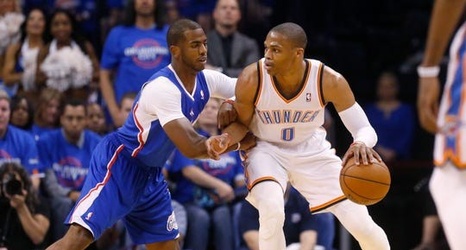 Las Vegas – A person with knowledge of the situation says the Oklahoma City Thunder have traded Russell Westbrook to the Houston Rockets for Chris Paul, a shake up of top point guards and a move that reunites Westbrook with James Harden.

The Thunder also are getting first-round picks in 2024 and 2026, plus the right to swap first-rounders in two other seasons, according to the person who spoke to The Associated Press on condition of anonymity Thursday because the trade has not been announced.