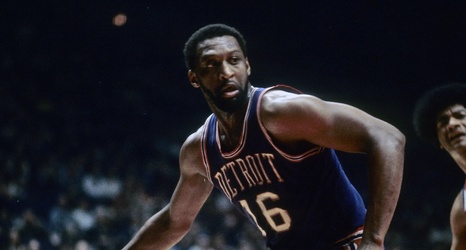 Lanier was slowed by injury and hampered by franchise mismanagement, and even that couldn’t stop him from having a Hall of Fame career

Take a tour of the Basketball Hall of Fame in Springfield, Massachusetts, and you’re likely to come across a peculiar exhibit: a bronze replica of Bob Lanier’s size 22D Converse sneakers. His famously large feet led to some commercial success in the 1970s, but it also serves as something of a metaphor for the playing career of an immensely talented player that left an indelible mark on the NBA. He’s been described by those who knew him as a looming big brother figure; a former union president who served his fellow players, and a lifelong charity ambassador and kind-hearted mentor to the next generations of players.