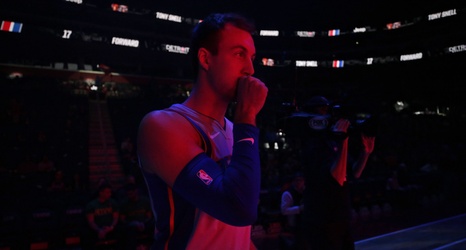 By dumping Andre Drummond for what felt like a lackluster return, the Detroit Pistons are signaling to the NBA and its fan base they are serious about a rebuild.

In the modern NBA, the paramount strategy for a successful rebuild is about collecting as many assets as possible and then hopefully turning those assets into stars. This is preferable to the Piston’s former strategy of being too mediocre to gather any assets at all.

Misguided critics of the Drummond trade cried out in consternation, “But we didn’t get any assets for Andre!”

Well, the real asset was the cap space we freed up along the way.