Quarterback Matthew Stafford is the Andre Drummond of the Lions 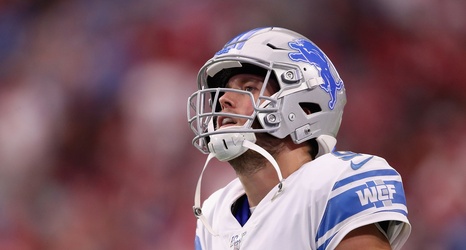 The Detroit Lions are back.

Week 1 in the NFL brought about a decade-old conversation about the Lions’ quarterback that Detroit Pistons fans can relate to.

The Lions opened their season Sunday with a heartbreaking 27-27 tie against the young, rebuilding Arizona Cardinals.

The Lions were up 24-6 in the fourth quarter before a complete meltdown led them to disaster play after disaster play. Cardinals quarterback Kyler Murray led his team in overtime to a tie – which felt like a loss for Lions fans and media alike.