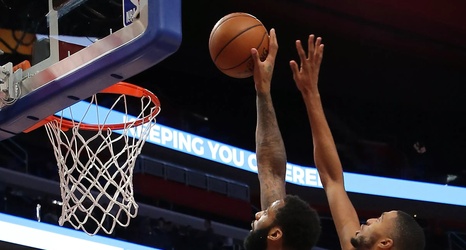 It was a blast to 2015 for the Pistons on the eve of the NBA Trade Deadline, as Reggie Jackson and Andre Drummond channelled the connection that once made the pairing look so promising. It might be their last game in a Pistons uniform.

Since his return from a back injury that kept him out for three months, Jackson has mostly looked healthy and like a real life starting point guard. He went for 25 points and 9 assists, with his passing game more efficient than his scoring.