Pistons vs Sixers GameThread: No Blake, No Derrick on the back-to-back for Detroit 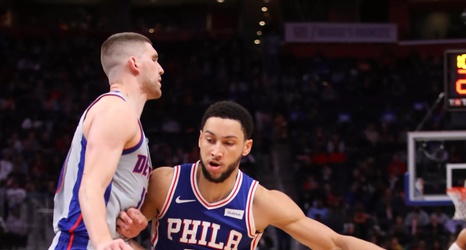 After not playing particularly well on Friday, and coming off a back-to-back, it’s not surprising to see the Detroit Pistons be without Blake Griffin and Derrick Rose tonight. What will be interesting to see is who that means more minutes for.

Most fans are probably hoping it means time for Sekou Doumbouya, Saddiq Bey, and Isaiah Stewart. I also wonder who fills the backcourt minutes with Derrick Rose out - neither Frank Jackson nor Saben Lee played extremely well the last time they were afforded the opportunity.

Whoever we see in the rotation tonight, they’ll have a tough time with the first-in-the-Eastern-Conference 76ers, who are coming off a win of their own Friday against the Boston Celtics.