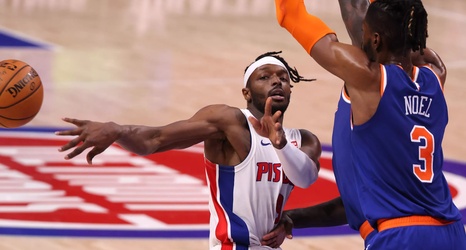 It was rough and tumble — a slow-paced style where you had to earn your buckets. That’s what the Detroit Pistons game against the New York Knicks felt like on Sunday. Both teams shot under 40% in the first half, the game was physical as hell, and nobody watching was having any fun.

It felt very Goin’ to Work, but like, if you didn’t have warm and fuzzies for that era.

You get the picture. New York suffocated Jerami Grant anytime he touched the ball and Wayne Ellington was the only other guy who could hit a shot as Detroit fell XX-XX.