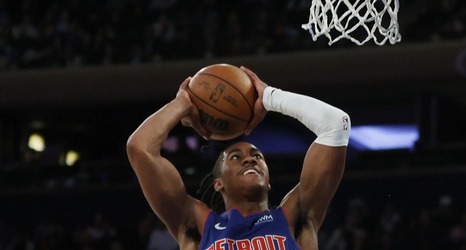 The Detroit Pistons learned a hard lesson during the 117-96 loss at the hands of the feisty New York Knicks. No matter all the new talent you bring in, the ways players have grown their games, and all the new schematic wrinkles you’re excited to introduce — nobody is going to give it to you.