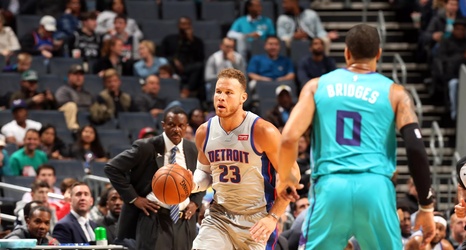 The Detroit Pistons can get within sniffing distance of .500 if the team can string a couple wins together in late November before facing a somewhat torturous early December slate of games. And they are only a half game out of the final playoff spot in the East. That is as optimistic as I can get. Especially as the Pistons face off against a Hornets team that is also coming into the game with only six wins on the season.

The last meeting between these two teams was an odd site to behold.