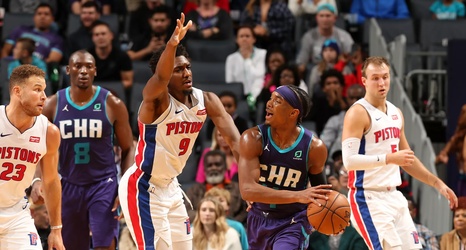 The Detroit Pistons, at 6-12, are a game and a half out of the eighth seed... and two games out of last place. Such is the peril and promise of the Eastern Conference. With a tiny bit more know-how or luck or basketball IQ or your secret sauce of choice, this team would have more wins under it’s belt. But they don’t. So the question is rapidly becoming “...what are you gonna do about it?”

The Pistons have already lost two down-to-the wire games against the Charlotte Hornets this season in (heartbreaking?