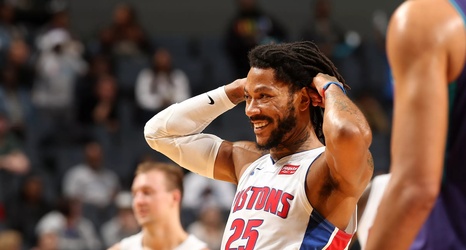 The Detroit Pistons dropped another game to the Charlotte Hornets in heartbreaking fashion at the buzzer. Instead of a Malik Monk buzzer-beating 3-pointer, though, it was a final buzzer that sounded before the Pistons, down one, were able to get a shot off. They dropped the game 102-101, drop to 6-11 on the season and whatever faint playoff hopes remained are dimming fast.

Why was it a one-point game with seconds remaining? Well, stop me if you’ve heard this one before but the Pistons defense was awful. Turnstyles on the perimeter, open lanes toward the basket led to the Hornets scoring 62 points in the paint on the night.