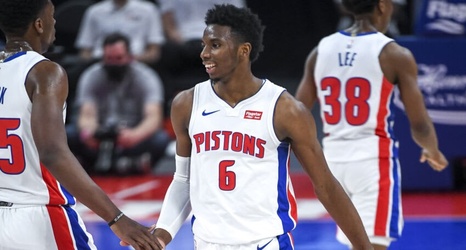 One of the toughest decisions the Detroit Pistons have to make this offseason is whether to retain Hamidou Diallo and how much to pay him.

The Pistons traded for Diallo just before last season’s deadline, acquiring him from the OKC Thunder in exchange for Svi Mykhailiuk.

Troy Weaver was part of the team that drafted Diallo and thinks he can be a star, so it’s likely he’d like to keep him around to find out.

Diallo was up and down for the Detroit Pistons in his short time with the team, as he had a couple of big games where he showed flashes of what he can be, but also struggled with injuries and consistency.