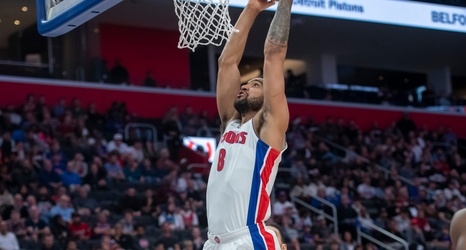 Special to The Detroit News

Trey Lyles is draining treys from beyond the arc. The Detroit Pistons’ 6-foot-10 power forward has been playing some center, too, and grabbing big rebounds.

He’s been a valuable player coming off the bench since the start of the season, but his role has intensified on the team’s current five-game road trip that takes Detroit to Portland on Tuesday night.

Lyles has averaged 15 points, 6.3 rebounds and 18 minutes over the first three games in Milwaukee and Los Angeles against the Clippers and Lakers.