Pistons to utilize 'practice' approach for preseason opener against Knicks 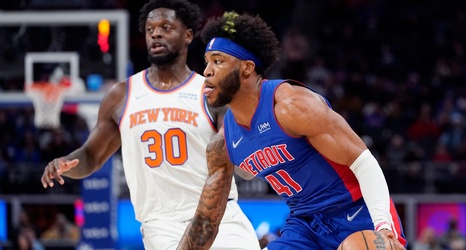 Detroit — With their exhibition opener looming Tuesday against the New York Knicks at Madison Square Garden, the Pistons aren't letting the preseason deviate from their preparation mindset.

Pistons coach Dwane Casey said the team's approach is going to be the same as it has been throughout the first week of training camp and during Sunday's open scrimmage.

"(Tuesday) is going to be another practice for us," Dwane Casey said. "We're going to compete to win. It's another opportunity to get stuff on film to teach from. Win, lose or draw, that's the way we're approaching it all preseason.