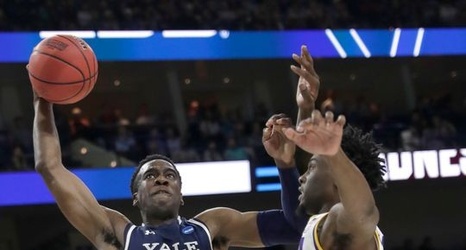 Auburn Hills — Miye Oni always has felt like he has belonged. Whether it’s a pick-up game, a Division I college basketball team or in the NBA, Oni hasn’t backed down from a challenge. Rather, he’s stepped up to it.

Oni, who starred in his three seasons at Yale and was the Ivy League player of the year this past season, is knocking on the door of history ahead of the NBA Draft on June 20. The 6-foot-6 wing could be the first player from the Ivy League to be drafted since Penn’s Jerome Allen went in the second round in 1995.