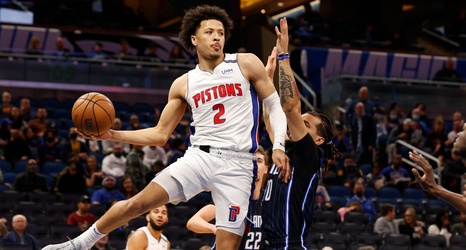 Detroit — The Pistons' regular-season opener will have a few more eyeballs than usual this year as they'll open with a doozy — at home against the Orlando Magic and No. 1 overall pick Paolo Banchero.

The opener will be Oct. 19 at Little Caesars Arena and kicks off their schedule, released Wednesday, that's filled with optimism. The Pistons had the No. 1 pick last year and got an injection from Cade Cunningham's All-Rookie season. They added No. 5 overall pick Jaden Ivey to the mix, along with big man Jalen Duren in the draft.

Though the youthful Pistons finished 23-59, they had some high points last season, including Saddiq Bey's 51-point game against the Magic.