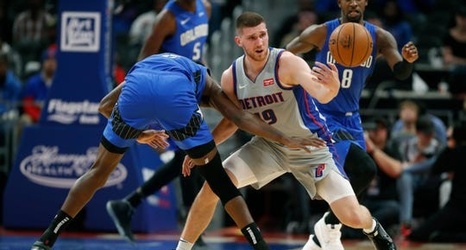 Detroit — The numbers were stark and surprising, a sure harbinger that the Pistons had little chance to win the game.

Somehow, the Pistons managed to get a second straight lopsided victory on Monday, diffusing the Orlando Magic by 15 points.

The other numbers were the more encouraging sign: Langston Galloway scored 12 points, reaching double figures for the 13th straight game, the longest streak of his career.