Pistons patch up point guard in the short term, stock up on it for the long term 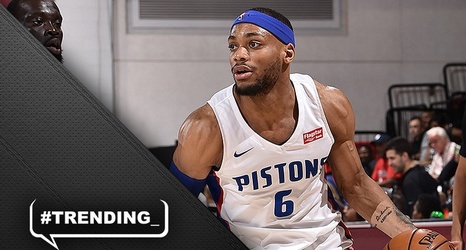 A month ago the Pistons had one point guard. Now they might have five.

And with the way the NBA is trending, point guards are to basketball as pitchers are to baseball. You can never have too many.

After signing Derrick Rose and Tim Frazier in the first two days of free agency to complement Reggie Jackson, the Pistons completed their 2019-20 depth chart at the position.

Bruce Brown isn’t technically on it, but he certainly has met the high end of Dwane Casey’s expectations for his future at point guard with how emphatically he took to the position through four Summer League games before Casey had seen enough, shutting Brown down after leading the Pistons to four straight wins.