Pistons fall to Hornets for third time in two weeks 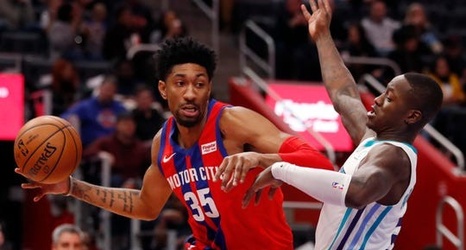 Detroit — For 40 minutes, the game had much the same look and feel as the first two meetings this season. The Pistons and Charlotte Hornets have played down to the last second, with a final possession deciding the outcome both times.

That included Wednesday’s thriller, with the Hornets prevailing after the Pistons couldn’t get a shot attempt off on the final possession.

Friday’s matchup looked like it would be different at the end.