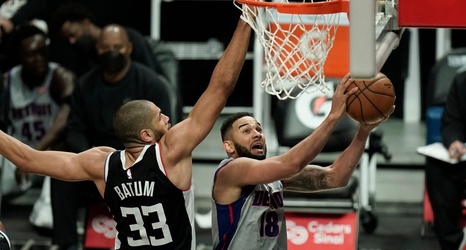 At the end of a week-long western road trip, there’s almost an expectation that the Pistons would let down. Increasing the degree of difficulty was that it was the second game of a back-to-back, against one of the best teams in the Western Conference, and without their best players.

The Pistons didn’t just stay with the Los Angeles Clippers; they played one of their best games of the season, from start to finish — even without Jerami Grant, who missed his third straight game because of knee soreness.

Even still, the Pistons hung tough until the end, but the Clippers held on for a 131-124 victory on Sunday night at Staples Center.