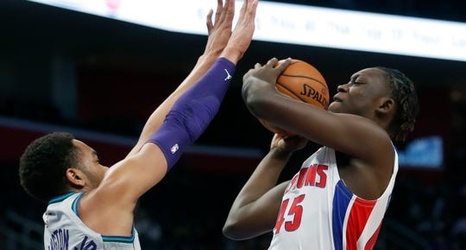 John Niyo and Rod Beard discuss the state of the Pistons after the trade deadline and what fans can expect without Andre Drummond in the lineup. The Detroit News

Detroit — About a month ago, Pistons rookie Sekou Doumbouya was the toast of the town. For those casual fans who didn’t know him, they got an impromptu introduction to the first-round pick with his iconic dunk over the Cleveland Cavaliers’ Tristan Thompson.

After spending most of his rookie season in the G-League with the Grand Rapids Drive, Doumbouya was thrust into the limelight within the next week, with a showcase game against the Boston Celtics, with a career-high 24 points.