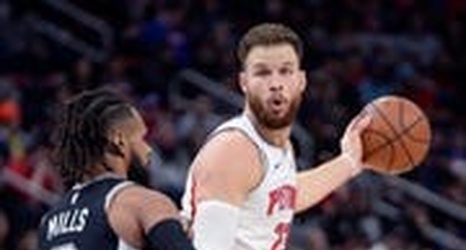 Blake Griffin has spent most of this decade with the Los Angeles Clippers, but his production hasn't exactly waned since arriving in Detroit in a January 2018 trade.

Griffin has filled the stat sheets wherever he's been. He also fills a slot on Sports Illustrated's All-Decade Third Team, unveiled Monday.

The start of Griffin’s career coincided with the start of the 2010s, and all he’s done is produce," writes Rohan Nadkarni, who covers the NBA for SI.