'Not welcome, too small': Pistons icon Ben Wallace reflects on legacy as he enters Hall 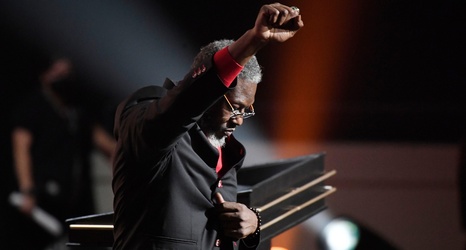 During his career with the Pistons, Ben Wallace was anything but ordinary.

At 6-foot-8, he played center, and with his strength and defensive versatility, he excelled enough to make it to the Naismith Memorial Basketball Hall of Fame. During his induction on Saturday night, Wallace thanked his former coaches whom he joked held him back to make him prove himself.

Another of the moving pieces of Wallace’s five-minute speech was the end, where he talked about the legacy that he leaves after his storied career that included the 2004 NBA title. Larry Brown, who coached that team, was seated beside Wallace on the stage.