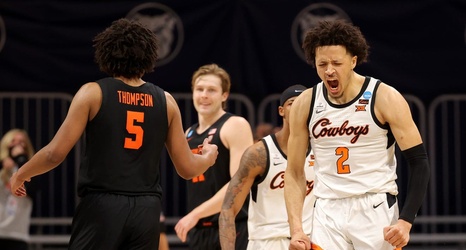 New York — Maybe some of the suspense is being sucked out of Thursday night's NBA Draft.

For many Pistons fans, that’s a good thing.

According to ESPN’s Adrian Wojnarowski, the Pistons have settled on Cade Cunningham as the No. 1 overall pick. If the Pistons make Cunningham, rated as the top prospect in the draft, the pick, he would fit into their rebuild nicely, alongside last year’s first-round picks, Killian Hayes, Saddiq Bey and Isaiah Stewart, as well as Jerami Grant.

The decision would end weeks of speculation that the Pistons were considering trading the pick to acquire more future assets to help in general manager Troy Weaver’s roster rebuild.