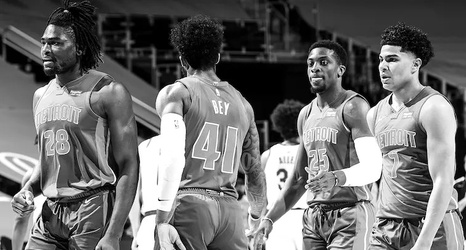 But the outline of this story is emerging and pretty hard to ignore. The Pistons haul of Killian Hayes, Isaiah Stewart and Saddiq Bey is shaping up about as impressively as any in the last 25 years when teams have gone into draft night with three first-round picks.

Dwane Casey has been in the NBA for all of those drafts – he joined Seattle’s staff under George Karl in 1994 – and knows how rare it is to hit on all three first-rounders, as the Pistons appear to have done.