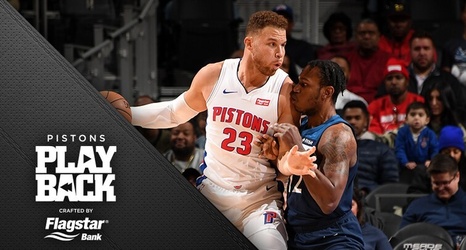 NOT SO HAPPY RETURNS – The Pistons gave their fans a game as wild as the weather. On the night Blake Griffin and Derrick Rose returned, Minnesota buried them early under an avalanche of 3-pointers – 8 of 10 in the first quarter – as furious as the Veteran’s Day blizzard raging outside Little Caesars Arena. Down 19 midway through the third quarter, the Pistons rallied to within six, fell back by 13 again, then rallied one last time to pull within five on a Tony Snell triple with 2:27 to go.