Four reactions from the Detroit Pistons open practice and scrimmage 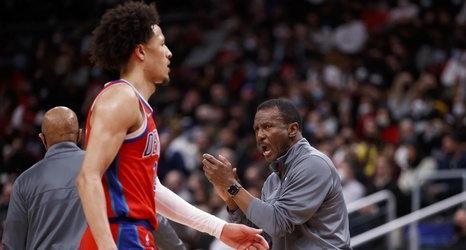 The Detroit Pistons begin NBA preseason tonight against the New York Knicks, but the first look we got at the young squad in Motown was Sunday during an open practice and scrimmage.

I was in attendance at Little Caesars Arena and did my best to not overreact too much despite the palpable excitement in the crowd and my own excitement at seeing all the guys on the floor. While much of the practice was taken up by casual drills, the 48-minute scrimmage was played at full speed and there were definitely things that stood out.