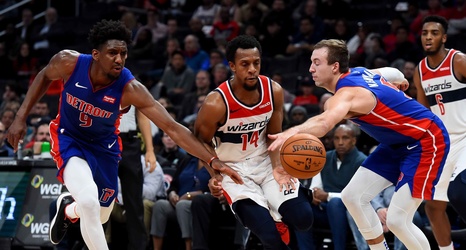 The Detroit Pistons have been nothing short of active in NBA trade circles over the last week, but this extends beyond Andre Drummond.

The Philadelphia 76ers need shooters and have their sights set on Langston Galloway or Luke Kennard, according to the Philadelphia Inquirer’s Keith Pompey. Each player comes with a price and there’s reason to believe Galloway is more attainable.

Nothing is imminent as the Sixers appear to be doing their due diligence but the Pistons would be foolish not to listen. Philadelphia desperately needs shooting and is no position to negotiate to its price, sitting in the fifth spot in the East a half-game behind Toronto entering Saturday’s games.