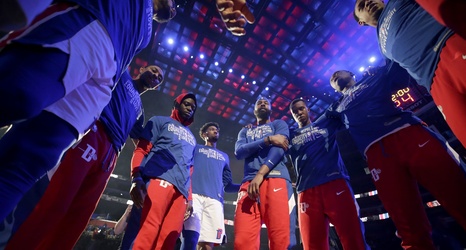 The Charlotte Hornets beat the Detroit Pistons 87-76 on Monday and that caught the attention of ESPN’s Dan Le Batard.

In the middle of a segment talking about how few Marvin Williams moments anyone remembers, Le Batard then asked producer Mike Ryan to look up the score of the Hornets and Pistons game the night before because of how jarring it was to him.

Once given the score by producer Mike Ryan, Le Batard said “I didn’t even know that was possible in the modern NBA”. Le Batard then continued and made the (correct) assessment that the final score looks like “a Knicks-Heat score from the 90’s”.