Detroit Pistons: What is Josh Jackson’s ceiling for the Pistons? 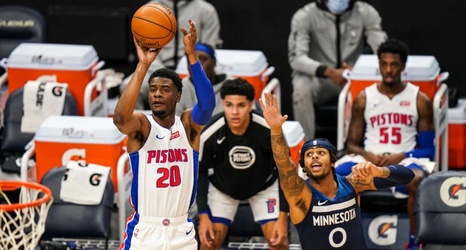 The Detroit Pistons took a calculated risk on Josh Jackson that has somewhat paid off in the first season.

Jackson has been very solid, mostly off the bench, and has provided the Pistons with energy, defense and size at the two-guard position.

Jackson was worth the risk, as he was the fourth overall pick in the draft and clearly has talent that he was unable to realize in Phoenix and Memphis.