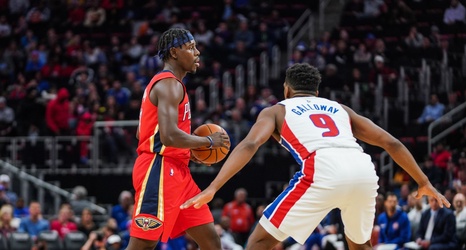 Jrue Holiday proved that he can be the go-to option with the New Orleans Pelicans and now he has a plethora of weapons surrounding him.

With Anthony Davis out for most of the season, Holiday became the leader in the locker room and on the floor. New general manager David Griffin is all-in on Holiday being his centerpiece, too.

It was Holiday who dominated in last year’s two-game series with the Detroit Pistons, in which Davis was inactive for both games. Holiday’s play was remarkable in the series split.

Both teams won their respective road games, and the Pistons did so with a rare no-go from Andre Drummond, who was inactive for three games all last season.