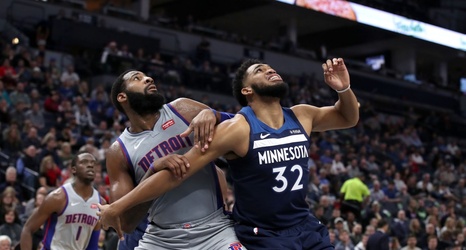 The Detroit Pistons had one of their best performances of the season against the Minnesota Timberwolves last year, and there’s reason to believe it will continue during the 2019-20 season.

Andre Drummond had a few remarkable moments, including a turnaround 3-pointer in overtime in Minnesota.

The Pistons won that game 129-123 after overcoming a 14-point deficit entering the fourth quarter. Detroit was a remarkable 20-for-48 (41.7 percent) from 3-point range and 48.9 percent from the floor overall. Blake Griffin had 34 points, eight rebounds and four assists. Reggie Bullock scored 33 points on 7-for-12 shooting from 3-point range.