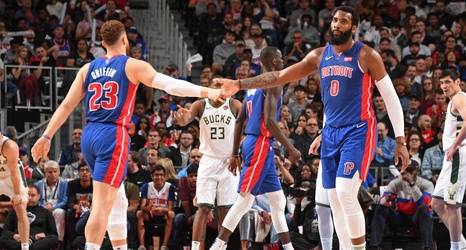 The Pistons had a rough regular season and playoff against the Milwaukee Bucks last year, compiling an overall record of 0-8 against the Eastern Conference powerhouse team. Of those eight games, the Pistons only with single digits one time and that came on Dec. 17, 2018 as the Bucks defeated Detroit 107-104.

The Bucks overpowered Detroit in every game with NBA MVP Giannis Antetokounmpo leading the way in points, rebounds and assists.

The Greek Freak averaged 27.7 points, 12.5 rebounds and 5.9 assists per game against Detroit.

The Pistons did not have an answer for the offense of the top team in the league and who could blame them.