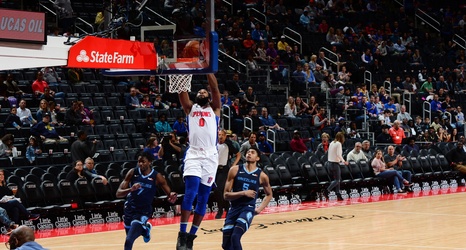 The Memphis Grizzlies Grit and Grind area ended officially last season by completely overhauling the roster and ushering in a new age team led by ex-MSU Spartan Jaren Jackson Jr. and rookie phenom Ja Morant, they look to not be swept by the Pistons as they were least season.

Last season, the Grizzlies played the Pistons twice, each of which took place in 2019. The first matchup took place on Jan. 2, and was a game dominated by each teams’ power forward. The Grizzlies scoring was led by Jackson with 26 points, and he was supported by Kyle Anderson’s 15, Dillon Brooks’ 14 and Marc Gasol’s 11 points.