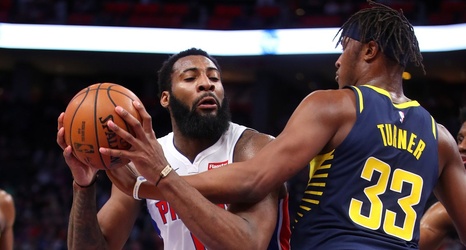 The Indiana Pacers handled the Detroit Pistons with ease in last year’s season series but the 2019-20 season is a far more promising matchup for Detroit.

For one, they’re going to avoid playing Victor Oladipo. The quick guard is still recovering from a ruptured quad tendon in his right knee, suffered last January, and isn’t expected to be back until December or January.

All four meetings this season occur by Dec. 6.

It didn’t matter if Oladipo was in the lineup or not last season. The Pistons struggled defensively and Indiana knocked down shots to take a 3-1 series win with relative ease.