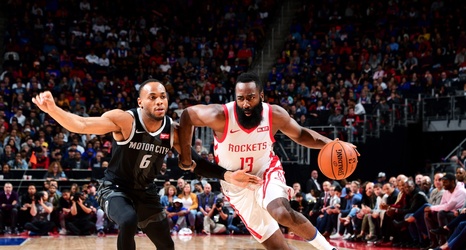 One of the most anticipated matchups of the Detroit Pistons season may be Bruce Brown defending Houston Rockets superstar James Harden.

Last season’s series was entertaining to the final buzzer. Pistons fans will have waited a year from when last year’s series finale concluded in November to this year’s series opener in December.

A series split saw two games that went down to the wire, the first being a 116-114 Rockets win. Harden scored a game-high 43 points, Clint Capela scored 27 points, grabbed 15 rebounds and swatted four shots.