Detroit Pistons: The starting lineup we’d like to see vs. the Clippers 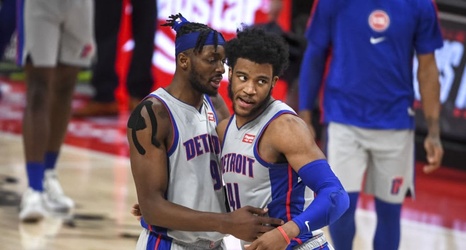 The Detroit Piston have two games in a row against the Los Angles Clippers starting tonight in the Staples Center.

The first matchup will be the second game of a back-to-back for the Pistons, so we could see some guys sit, which could lead to some wonky lineups.

Killian Hayes could be held out again, as the Pistons are being cautious with his minutes as he returns from injury and Jerami Grant is still dealing with a knee issue that has him listed as day-to-day on the injury report.