Detroit Pistons: Storylines to follow vs. the New York Knicks 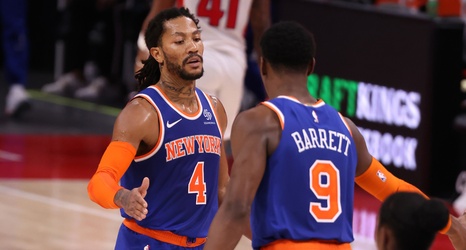 The Detroit Pistons made history against the Toronto Raptors and will try to keep it going against the Knicks in the final game before the All-Star break.

The Pistons managed to do something that they hadn’t done since 1964 last night in Tampa (Toronto’s temporary home) which is to have two players record triple-doubles in the same game.

If you would have bet that both Mason Plumlee and Dennis Smith Jr. would have triple-doubles on the same night, much less for the same team, well you’d probably be a billionaire right now because the odds against it were astronomical.