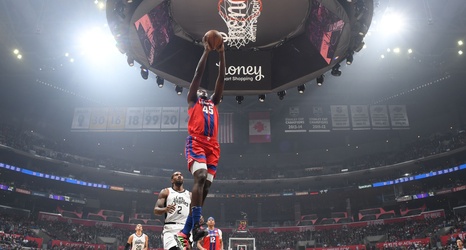 NBA.com released its latest Rookie Ladder yesterday and Pistons’ rookie Sekou Doumbouya stayed at No. 3 after debuting there last week. The Rookie Ladder is a weekly ranking of the top 5 rookies in the NBA. Doumbouya trails only Rookie of the Year favorite Ja Morant and Heat shooting guard Kendrick Nunn in the top 5, impressive considering he’s only started 8 games.

Doumbouya has drawn some attention after a breakout performance against the Celtics in which he scored 24 points on 10-of-13 shooting.

It gives Pistons’ fans hope that the team has finally hit a home run in the draft and it is nice to see anyone in a Detroit uniform get love from the national press.