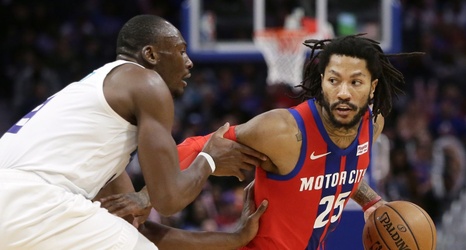 When the Detroit Pistons city edition jerseys first leaked from a dark Champs store, accidentally released before the team could release it themselves, the Pistons came to the forefront of plenty of jokes.

But after the franchise released the jerseys with well-lit photos and debuting them on Friday night, a 110-107 loss to the Charlotte Hornets, it’s clear that the jerseys may not be as bad as some thought. That’s the case even if fans still don’t like them.

Many had the same thoughts I did, “This looks like a soccer jersey.” Not so much when the team is wearing them on the court with shorts.