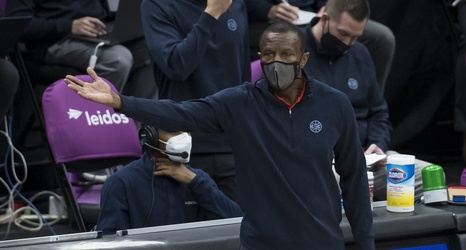 Since the great Chuck Daly retired, the Pistons have had 15 different head coaches, most of whom were unmitigated disasters.

This was especially true during the Joe Dumars era, as he pretty much went through a new head coach every season and had a string of failures we’d probably rather forget.

Michael Curry, John Kuester, Lawrence Frank, Maurice Cheeks, John Loyer and Stan Van Gundy all had losing records and none of them lasted very long, which is one of the many reasons the Pistons stunk during that era.