Detroit Pistons: Memories of The Palace of Auburn Hills 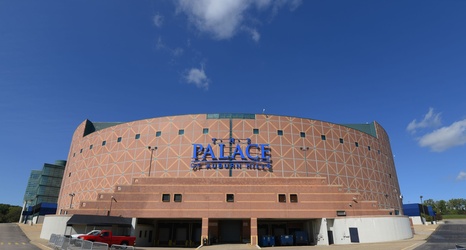 As with most old buildings, they tend to get torn down. The Palace of Auburn Hills, the home that once housed the Detroit Pistons and Detroit Shock, has begun the teardown process. As with the Joe Louis Arena earlier this year, this, too, concludes an era of a historic time period.

The Palace was the first NBA arena to be financed by private funds as then-owner Bill Davidson and two developers paid the $90 million construction bill (Writer’s Note: For more Palace reading, this piece from 2008 by Don Muret is a fantastic read). Davidson’s design implemented first-level suites, something that at the time was uncommon.