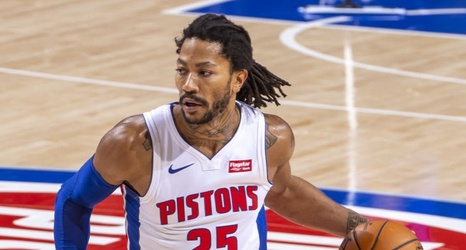 Derrick Rose #25 of the Detroit Pistons moves the ball up court against the New York Knicks. (Photo by Dave Reginek/Getty Images)

The people have spoken! Derrick Rose of the New York Knicks (and Detroit Pistons for part of the season) was the NBA’s MVP, as far as the fans are concerned.

On Friday, the official voting breakdown was released for all the NBA’s major awards. If you want to check who voted for who for what award, (like Julius Randle over Jerami Grant for Most Improved) you can get it here.

The breakdown answers the question some had when the voting for the NBA Most Valuable Player award was released.