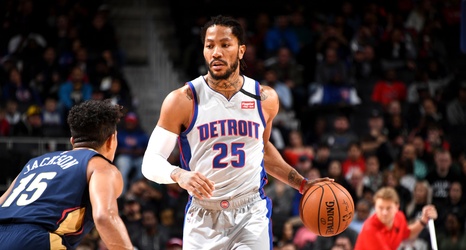 Derrick Rose‘s popularity stems from past accomplishments and he’s had many cheering him on during his comeback tour from his ACL injury, and it shows in his best season since.

The guard, in his first season with the Detroit Pistons, is playing at a level that matches his last All-Star appearance. And when the third returns on All-Star fan voting came out on Thursday, Rose eclipsed the 1 million mark, ranking fourth among Eastern Conference guards.