Detroit Pistons: 4 things we don’t want to see against the Houston Rockets 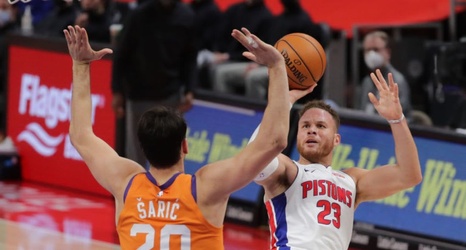 The Detroit Pistons lost a winnable game against the Atlanta Hawks and didn’t do themselves any favors in the process.

Detroit’s young players were glued to the bench down the stretch while the veterans blew a 14-point lead in the 4th quarter with some uninspired defense and non-existent offense.

It’s one thing to lose “competitively” with young players, it’s another to suffer bad losses to terrible teams with your veterans playing huge minutes, which is what happened against the Hawks.

It has led some to question Dwane Casey’s perceived double standard, as the young players have to “earn” minutes while veterans like Rose and Blake continue to get them even when they play poorly.